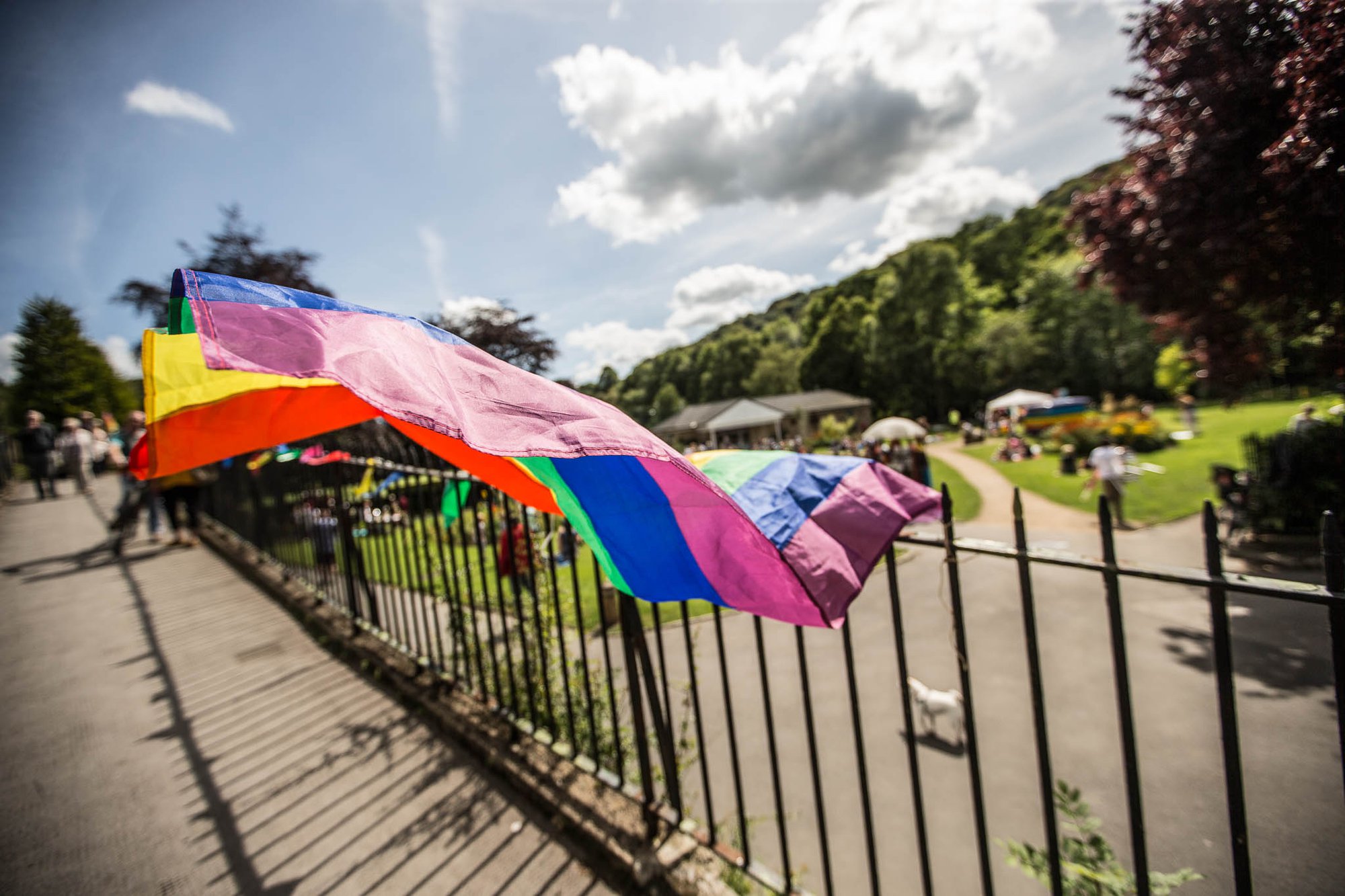 On Trans Day of Visibility 2021, we want to shout about some of the amazing trans organisations doing incredible work around the world (I stress some, there are SO many, so get searching).

Trans Day of Visibility – or TDOV – is an opportunity for our trans community to be celebrated and for visibility to be increased in the community. Trans people rarely get an opportunity to control the narrative, so today why not check out some of these organisations, learn what they do, donate if you can, or just spread the word. Today is a celebration, so Stand By Your Trans!

Click the name of the organisation to find out more

Trans Creative is led by activist and performer Kate O’Donnell, who we at Happy Valley Pride are proud to call one of our patrons. We have adopted Kate’s Stand By Your Trans campaign to help us fight transphobia in our valley. Trans Creative launched in 2017 with a mission to “tell our own stories”, and have become a leading trans arts organisation in the UK. They collaborate with trans organisations around the world and stage the annual Trans Vegas Festival, the biggest trans arts festival in the UK. Trans Creative responded to the lockdown instantly last year, creating their first-ever digital festival and launching the hugely popular Trans Social Club, that now has 400 members. Have you seen their awesome Stand By Your Trans tee shirts? No? Get clicking on their link and show your support boldly – and with super fashion. 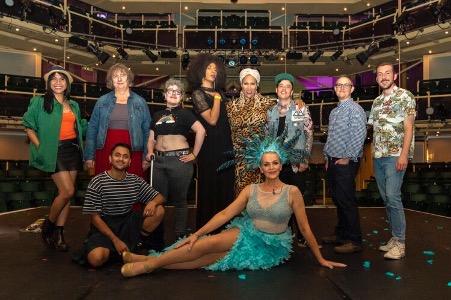 CliniQ offer a holistic sexual health, mental health and wellbeing service for all trans people, partners and friends. They are a trans-led team, who offer a safe, confidential space for those who may not feel comfortable accessing mainstream services.

Mermaids has been supporting transgender, nonbinary and gender-diverse children, young people, and their families since 1995. They started as a group of concerned parents looking at how they can keep their children safe, and today has evolved into one of the UK’s leading LGBTQ+ charities, empowering thousands of people with its secure online communities, local community groups, helpline services, web resources, events and residential weekend.

You can support Mermaids in many ways, one of which is by purchasing something from their awesome online shop. Check out the link. 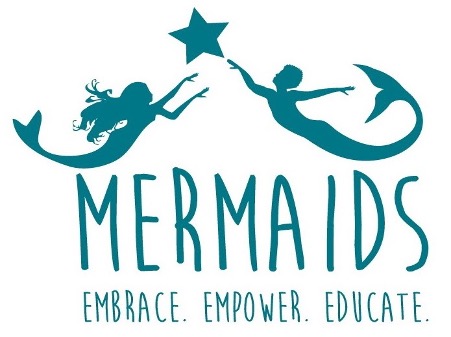 My Genderation is a film project that celebrates trans lives and trans experiences. The project was founded by Fox Fisher and Lewis Hancox after appearing in the mainstream documentary My Transsexual Summer that aired on Channel 4 in 2011. Feeling frustrated that their experiences weren’t being portrayed authentically, they started to create films about the trans people around them. Created by trans people, about trans people, for everyone, My Genderation have produced over 100 films, including My Trans Story for Channel 4 and NMew Genderation for the BBC. Their award-winning films are show in film festival across the world, and are widely used for educational purposes. 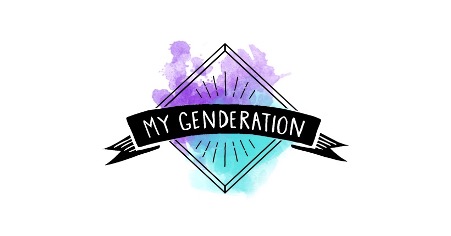 Trans fest Stockholm are an organisation for and by trans, gender diverse people and allies. They aspire to create positive, inclusive and empowering celebration of trans and gender diverse culture and community.

Previously called Trans Film Fest Stockholm, they were founded by a small group of people based in Stockholm, Sweden, who came together to create an event for Trans Day of Remembrance in November 2015. Their goal was to create a free trans community film festival that would be a positive, empowering safer space for trans and gender-diverse people and allies. They hold 3 major events each year: Trans Film fest Stockholm in November, Trans Culture Festival marking Trans Day of Visibility in March and Transfesten during Stockholm Pride in July/August. 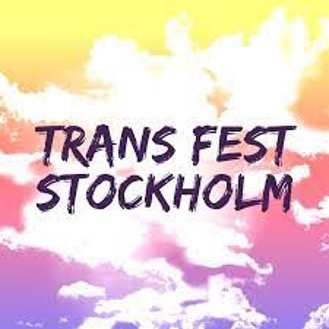 The Museum of Transology

The Museum of Transology (MoT) is the UK’s most significant collection of objects representing trans, non-binary and intersex people’s lives.

‘Never again will historians be able to say that you can’t call trans people ‘trans’ in the past. Never again will trans, non-binary and intersex people be hard to find in history. And never again will the records of our lives be written by the media that spectacularise us, the legal systems that criminalise and the psychiatrists who pathologise us. With their own museum we will write ourselves back into history, on our own terms, in our own words.’ 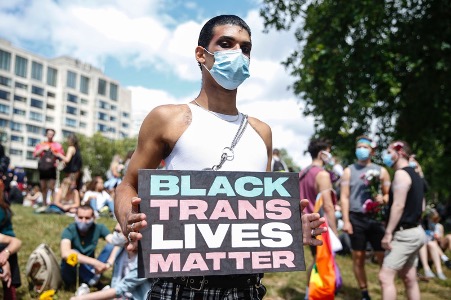 Gendered Intelligence, established in 2008, is a registered charity that works to increase understandings of gender diversity and improve the lives of trans people.

They say:
‘Our vision is of a world where diverse gender expressions are visible and valued and where trans, non-binary, gender diverse and gender questioning people live healthy, safe and fulfilled lives. We are a trans-led and trans-involving grassroots organisation with a wealth of lived experience, community connections of many kinds, and a depth and breadth of trans community knowledge that is second to none. The team has a variety of professional and academic specialisms and qualifications including training and facilitation, youth work, policy, the arts, and doctorates in trans related studies’

We aim to be thought leaders in this field, bringing positivity, passion and professionalism to everything we do, which, with our open and non-judgmental approach, enable nuanced discussion.’

Trans Pride Brighton has been running since 2013 and providing a great day where trans people, friends, allies and family can meet and have an amazing time in a fun and safe space. By promoting equality and diversity through visibility, Trans Pride educate and eliminate discrimination, and also to celebrate trans history and gender diversity.

TransBareAll is an organisation that believes in improving the health and wellbeing of trans people. We provide a space for trans people to discuss and explore things that impact their lives and to celebrate the diversity of our community and bodies within it. 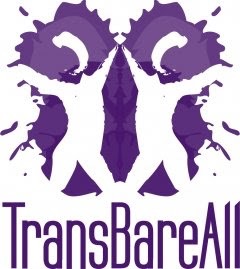 And finally a shout out to our friend Kim Lana, as well as being a founding member of local club collective Valley Fever, Kim is a trans activist and supporter of Happy Valley Pride. Along with Kim we have marked Transgender Day of Remembrance by holding an annual vigil in Hebden Bridge. Kim is an amazing DJ and often found gracing the decks at queer nights like Homoelectric and Love Muscle. We have some exciting plans afoot with Kim for later in the year – stay tuned! 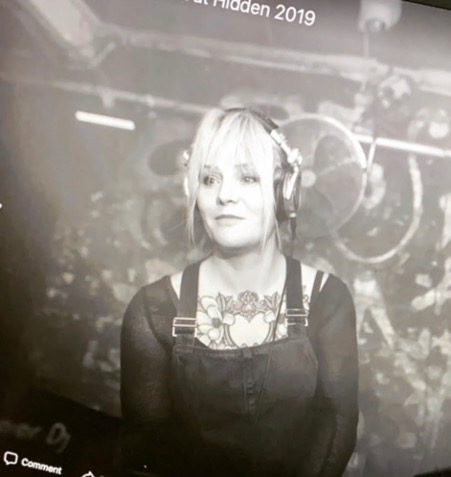