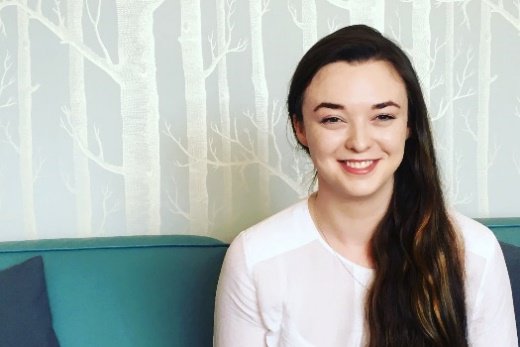 When we are supporting LGBTQ+ people and their families through funeral planning and
bereavement, one of the things they worry about most is that the gender identity of the person who
has died will be respected in death. This is also a concern for those who are preparing to share
wishes for their own funeral with family and friends.

As funeral directors, we are used to helping people express their own personal funeral wishes to
those around them. We also listen carefully to the needs of people who have been bereaved and
want to make sure the funeral is just how they and the person who has died would want it.

This guide looks at some of the things that might be different for LGBTQ+ funerals and practicalities
to consider. It is intended to inform LGBTQ+ people, their families and professionals who might be
supporting them.

During their lives, members of the LGBTQ+ community may well have experienced their romantic
relationships being dismissed or misinterpreted. Even if there was no ill-intent behind these
incidences, misinterpretation causes feelings of not being acknowledged or respected. When we are
supporting someone from the LGBTQ+ community, the most important things we can do is to make
sure their wishes are known and followed through in the funeral arrangements.

Lots of people worry about how they will be represented after they have died and this can be even
more significant for those in the LGBTQ+ community, particularly in light of the challenges they may
have faced during their life in terms of their identity and individuality. There is likely to be a concern
that those tasked with making funeral arrangements may not create an event that truly reflects their
life and who was important to them. For this reason, it is so important to have the right people
leading the arrangements.

Who will make the arrangements?

In theory, anyone can arrange and pay for a funeral. It is usual for the executors named in a will to
take responsibility for this, although they may delegate the planning to someone else and simply
arrange for payment from the estate

If someone dies without a will, arrangements may fall to their next of kin, or anyone else who steps
forward to make arrangements and isn’t contested.

If there is a particular person you would like to be involved in arranging your funeral, you can specify
this. Our advice would be to write a will and appoint an executor that you trust to respect your
wishes. You can also do this by talking to people close to you about what you want and why or by
documenting your funeral wishes and leaving them somewhere safe and easy to find.

It is absolutely possible to create an event that truly reflects the beliefs, values, spirituality and
personality of the person who has died. Some people from the LGBTQ+ community may want the
funeral to reflect their relationships and identity whereas others may choose for this aspect of their
lives to be relatively private and understated. There are surprisingly few rules when it comes to
funerals and the scope for doing things exactly as you want is huge.

It may be helpful to think of it like this: The choices that are made when arranging a funeral reflect
the person who has died and are helpful for their friends and family; they are not made by the funeral director. If you know what you would like (or not like) for your funeral that we would
strongly encourage you to write it down and let people close to you know. This may be one or two
simple wishes, or a more elaborate plan. Fulfilling those wishes is likely to be very consoling for the
people who matter the most to you.

If you aren’t sure what you want, then I would encourage you to read “Funerals Your Way”. It is an
easy read, which highlights your choices and prompts you to consider what you think works best for
you.

Your funeral wishes can be included in a will, or as a separate document. It is important to know
that they are not legally binding. However, in more cases than not they are fulfilled by those
responsible for making the funeral arrangements.

One of the ways we can express ourselves is through what we wear. This is relevant for both the
guests at a funeral and the person who has died.

Your funeral director should offer to dress the person who has died in their own clothes. If you are
thinking about choices for your own funeral, it can be helpful to include guidance if there’s
something specific that you’d like to wear, a particular style you’d like honouring or one that you’d
rather was avoided completely.

If someone is going to be cremated, then there are some restrictions about what they can wear (to
minimise harmful emissions) but it is often possible to find an alternative in a natural material which
will have the same effect.

If you would find it helpful to be involved in physically caring for someone after they have died,
make this known to your funeral director. This may include styling their hair, applying their make-
up, or painting their nails in the manner they liked best.

At the funeral itself, if there is a particular colour you’d like people to wear, let them know. Guests
like to have guidance on this because they want to do the right thing. Don’t be afraid to share your
requests.

Funeral directors understand the importance of confidentiality and if they are a member of a trade
association then they will be bound to their confidentiality standards. They will aim to keep
confidential information private and will not share any unnecessary information about gender,
sexuality, personal and sexual relationships with colleagues, other professionals or anyone involved
in the funeral arrangements.

If you have any questions about anything we have covered here – or something we haven’t –
please do get in touch. We are very happy to offer advice, information and support to those
planning their own funeral, arranging a funeral for someone else or supporting someone through
bereavement.